Today we’re thrilled to announce the release of the first major update to Adventurer’s Codex! The team has spent the weeks since our first release reading all of your feedback on Reddit and Twitter, and we’ve taken it to heart. With this first major update, we’ve focused on adding and improving features that should make a lot of people really excited, and while there are a lot of other features and improvements we’ve added, in this post, we’re going to focus on the four biggest improvements.

Note: There's a lot more features in this release than we have time to mention here, and you can see a full changelog for this version on our GitHub page. 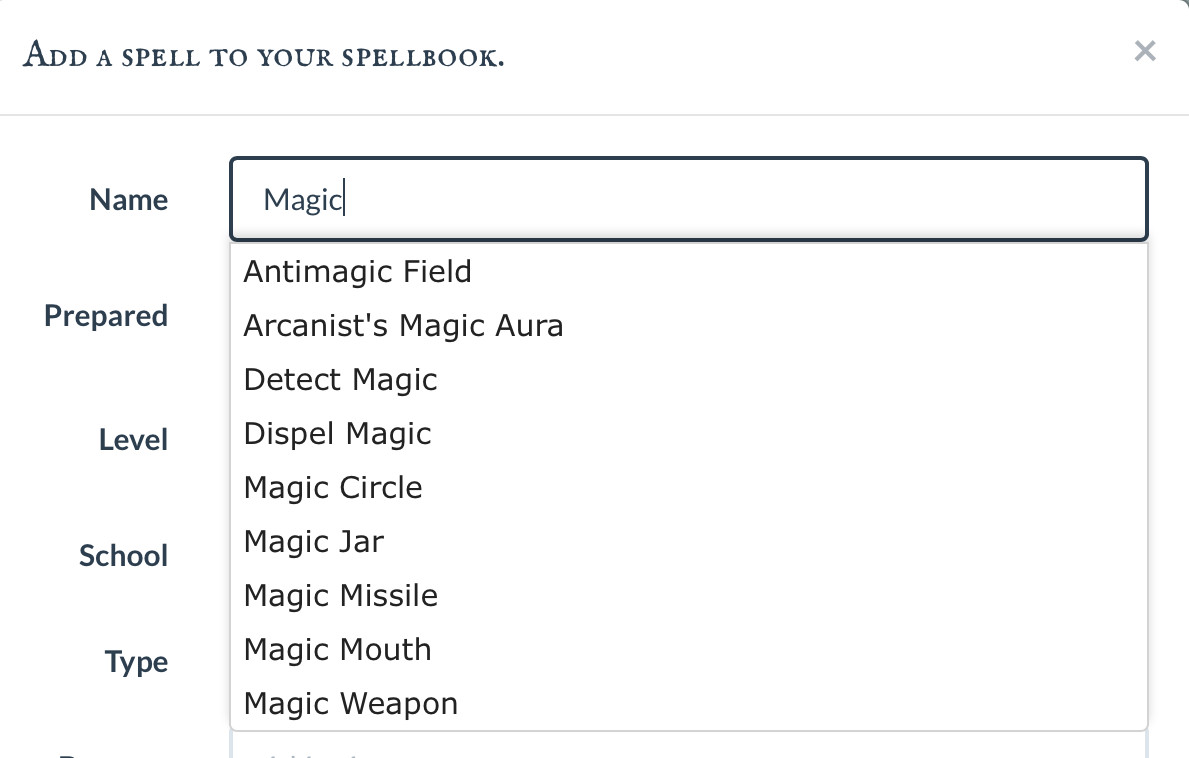 This was by far the most popular request we got during our initial launch, and while we haven’t managed to get all of the SRD data into this release, we are working to add more and more auto-completing data into future releases.

When adding a spell or item, Adventurer’s Codex can now make suggestions from the SRD. Selecting one of the suggestions will fill in all of the data a given spell or item. We hope that this helps players more easily get started with Adventurer’s Codex, and current players get more out of their games without having to constantly refer to the books for every little detail.

The second improvement we’ve made in this release is that spell slots can now be set to reset on short rests as well as long rests. By default, all spell slots reset on long rest, but some classes (we’re looking at you Warlocks) are special. 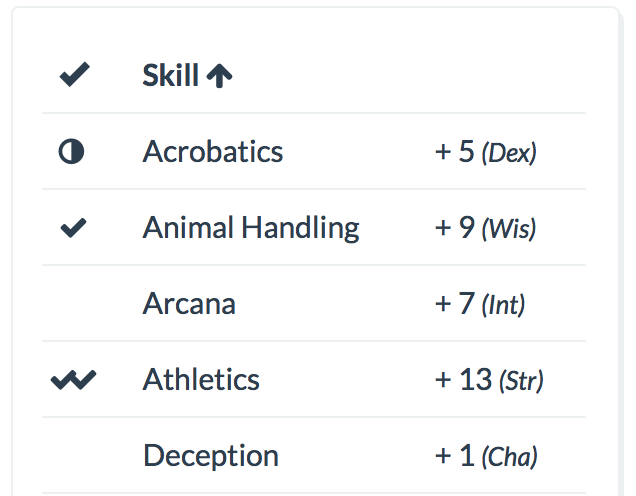 With this update we’ve also addressed a rather glaring omission: support for Half-Proficiency and Expertise. When making and editing your skills, you’ll see a new set of options for proficiencies which affect the auto-calculated modifier next to the Skill. We’ve also added some new indicators for each of these types.

We hope that by adding this step to the process of making a character in Adventurer’s Codex, we can both help new players get started with the app more easily, and help experienced players get the most out of our automatically calculated bonuses.

Talk to us on Twitter or send us an email at support@adventurerscodex.com with any suggestions, or comments you have! We can’t wait to hear from you.

If you want to contribute, and make Adventurer’s Codex better then, as always, drop by our Github page and checkout the project. We’re always looking for great new ideas, and if you find any bugs, file an issue!