Well, we did it, it’s been almost exactly two weeks since our last release, and we’re back with another! It’s been fun to take a break and work on a few smaller features over the holidays. We said we wanted to do smaller, more frequent releases and we’re off to a good start so far. We’ve mostly focused on squashing bugs, but we’ve also added a few new features as well. 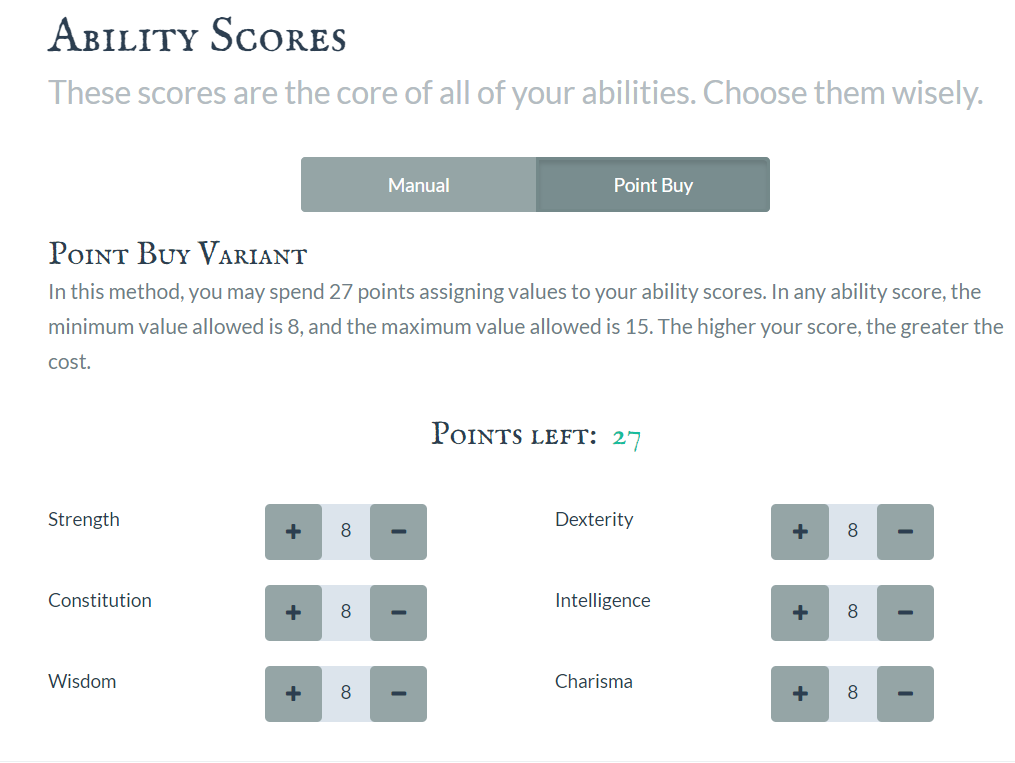 We’ve added support for the popular Point Buy Variant method of choosing ability scores. We’ll track the total number of points you’ve used and how many you have left to spend. We know a lot of you out there have been asking for this, and we hope you like it.

We know that a lot of times, DMs and players want to see images of terrain or monsters more close up, so now when you click on an image in the chat, exhibit, encounters, and more, a new full-screen version of the image will appear. Read more about Full Screen Images here.

We’ve improved the player status line, by not only fixing a long standing bug, but also adding new dead and unconscious, but stable states. We’ve also shored up the death saves: they’ll only show when your character is out of hit points. Hopefully this will help de-clutter the Health section.

We’ve removed a few limitations on what some fields can contain in sections like Weapons, Armor, and Items, but we have preserved the time-saving autocomplete features that was originally there. This should hopefully make adding your homebrew weapon types or magic schools quick and easy. We’d love to hear how you use Adventurer’s Codex for your homebrew game and any suggestions you have for how to improve our homebrew support! 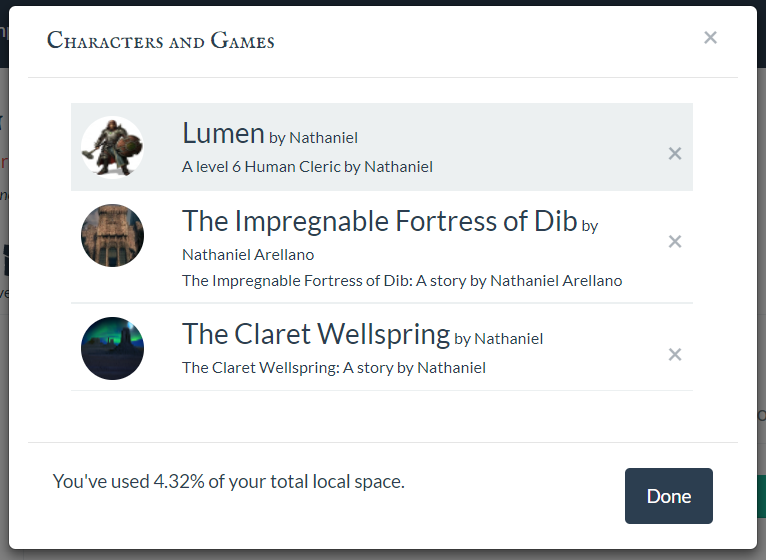 Lots of other changes and improvements

We’ve done lots of other small improvements over the last two weeks, and while our official CHANGELOG has the full list, here’s a taste of what you’ll see in 1.6.

Talk to us Facebook, Twitter, Google+, Reddit, or send us an email at support@adventurerscodex.com with any suggestions, or comments you have! We can’t wait to hear from you.