Hey everyone, we’re back! Adventurer’s Codex has been on quite the hiatus lately, but that doesn’t mean things have been silent. We’ve been busy with lots of non-codex related things over the past year and a half, as we’re sure you all have been as well.

But what matters now is that Adventurer’s Codex is back with some updates! 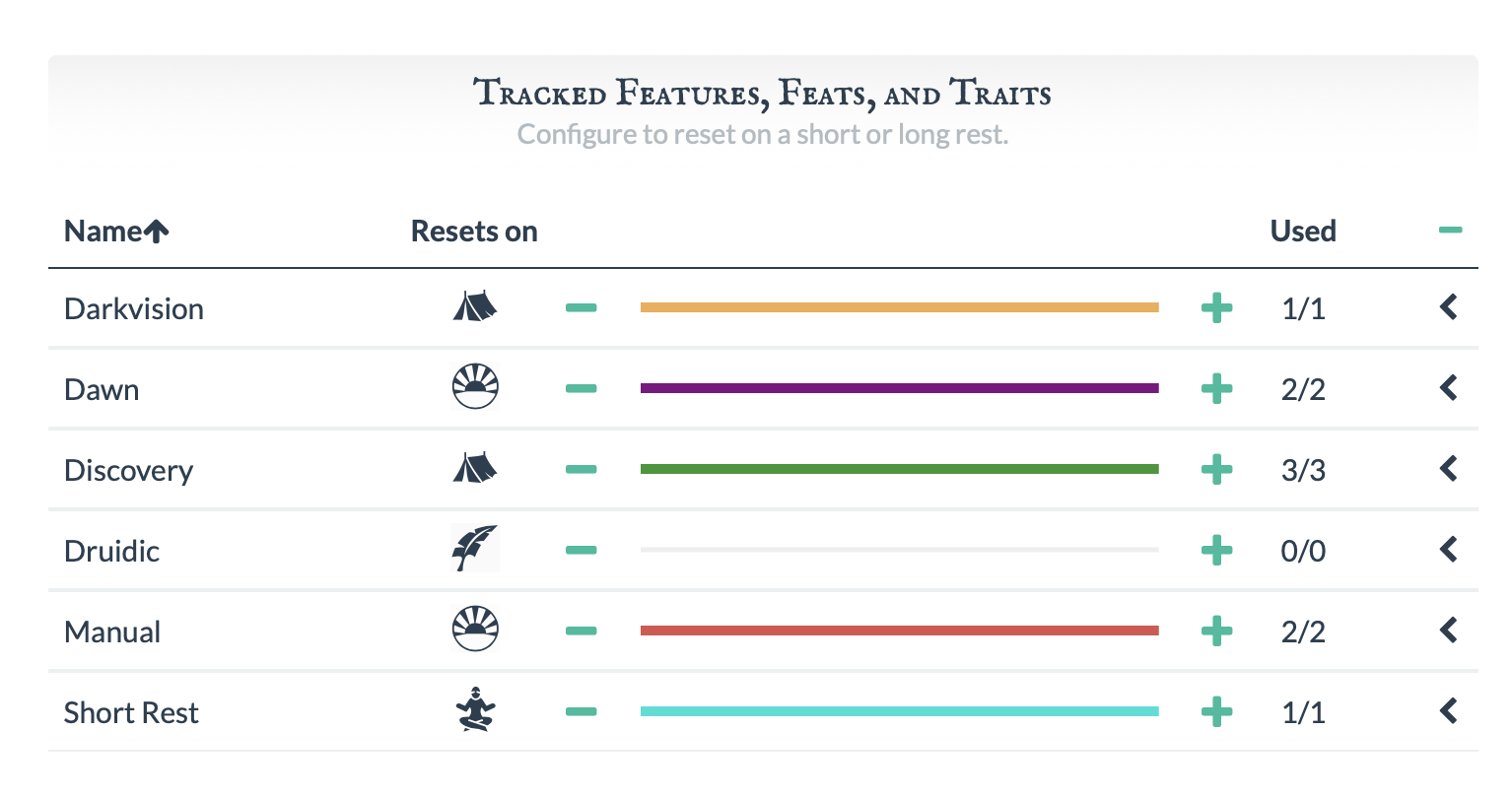 Adventurer’s Codex has long allowed players to track their various Features, Feats, and Traits and reset their uses during Short & Long Rests, but some things don’t reset when you rest, they reset at dawn. To address this, Adventurer’s Codex now allows players to select Dawn as a new reset type in the tracker for Features, Feats, and Traits. And we’ve added a new Dawn button in the Actions Toolbar that will automatically reset all of the appropriate items.

In addition, Adventurer’s Codex also allows you to specify that a Feature, Feat, or Trait does has uses, but that those uses reset Manually. This is especially useful for players that track items in the Features, Feats, and Traits that don’t necessarily fit in any other place. We know that some players track Familiar HP or Ammunition there, and while we want to support those things in a first-class way eventually, we’ve made it easier for players to use this workaround for now.

Other Bug Fixes and Improvements

There’s lots of other things that we’ve added to Adventure’s Codex lately, including but not limited to:

What About the Chat and Party Dashboard?

While we had originally planned to add support for the Party Dashboard and Chat to the beta (now v2) of Adventurer’s Codex before switching over to it, the team just hasn’t had the time or energy to embark on such a huge task.

The original version of the collaboration tools were useful and groundbreaking, but also fairly buggy and we felt that it would be better to scrap them and do a full rewrite than to fix what we had, but that rewrite hasn’t made been a high priority in the last year.

We do have hopes that the collaboration tools will return and be far better than their v1 predecessors, for now they remain a ways out in the timeline. We appreciate your understanding on this.

Talk to us Facebook, Twitter, Reddit, Discord, or send us an email at support@adventurerscodex.com with any suggestions, or comments you have! We can’t wait to hear from you.