Quests are the backbone of any D&D game, and the ways your players learn about their quests are often just as important as the quests themselves. Often DMs will use job boards or wanted boards to introduce players to a quest, or players will simply ask around town for rumors or noteworthy news. And while job boards and savvy innkeepers are always nice, one form of quest-giving has gone under appreciated in D&D: the newspaper.

Newspapers can be an incredibly useful tool for both players and DMs because they provide important things that innkeepers and notice boards don’t namely timeliness and authority. Any place larger than a medium-sized town is likely to have at least one newspaper. And papers can come in many forms. If your campaign takes place in a world without movable type (i.e. the printing press) then perhaps papers are handcopied and posted on boards in the central square, but if there’s either the technology or sufficiently advanced magic, papers would probably be mass-produced and sold on the street.

Newspapers are a really fun way to introduce your players to more than just the next quest. They’re a window into city life. On any given day a paper would have articles about city politics, scandals, crime, quests, and gossip all of which helps you build out your world and provides your players a better and more immersive experience.

Anything in D&D can be worldbuilding, and newspapers are no exception. My first exposure to newspapers in D&D came while I was playing in a long-running campaign about two years ago. We found ourselves in the city of Freeport and we needed intel on the goings on. Our DM said there was a paper-boy selling papers on the docks. We picked up a copy and one headline read:

Business is good in Freeport, and because of the influx of ships from across the Trackless sea, Freeport is dealing with a rat infestation. The Sea Lord’s council is offering a reward to any new adventurers to head into the sewers and root out their nests. In the meantime, the council has voted to release cats into the district to slow their spread. Takers are asked to head to the Precinct house in Scurvytown to learn more.

We thought the story was funny, but didn’t investigate further. It was beneath us as high-level characters to trouble about rats. That said we learned a lot more about the city than we would have if we’d asked an innkeeper who told us about the rats over a few pints. Crucially our DM now had additional hooks for later stories and quests: the current quest is about rats, but the next one could be about the cats. It’s subtle, but it’s there.

That’s the beauty of newspapers: they provide context. They let your players know what else is going on, and they bring life and motion to a campaign. And unlike job boards, which only change when new jobs are posted, a new paper comes out every single day.1 In D&D it’s important to remind the players that the world goes on—with or without them, and newspapers provide constant evidence that the world is changing and evolving.

How I Use Newspapers 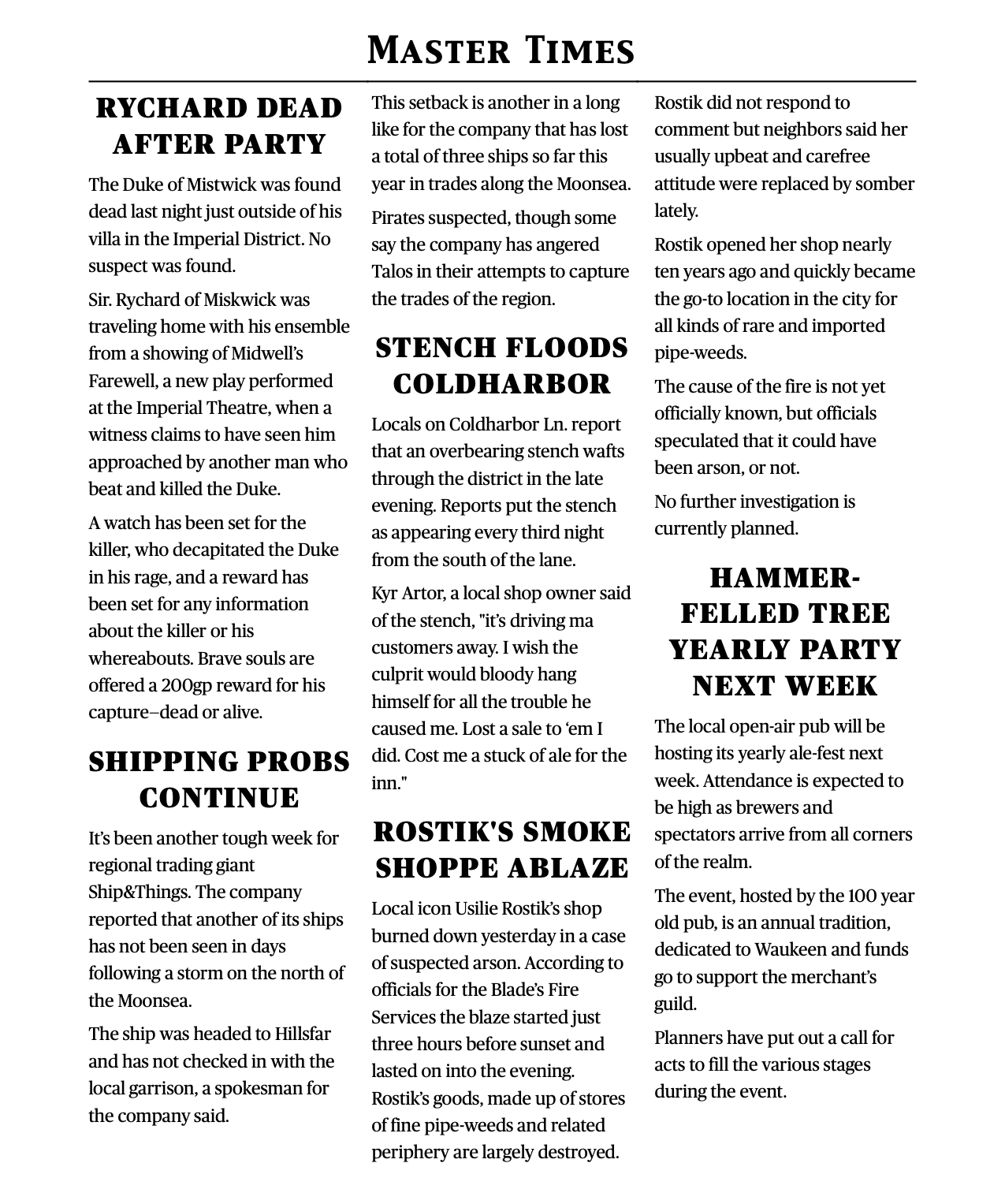 My current homebrew campaign takes place in and around the Moonsea, and often in the city of Mulmaster. This large metropolis is known for worship of evil gods, a corrupt city government, and its sizable wealth due to its position on the Moonsea at the mouth of the River Lis.

I’ve been using the newspaper as a way to let my players know what’s going on in the city, to give them quests, and as a way for them to learn about the place they’re in. Whether it’s a story about a fire at a local smoke shop, a mysterious killing the city guard refuses to investigate, or a notice about a broken aqueduct, the paper brings life to the city.

I’ve also used the paper to fill in the gaps in my party’s understanding of the area. Mulmaster is not a kind city to visit, and the residents know that. What they say in an interview with a reporter matters.

Also remember that the paper itself isn’t a neutral actor. In Mulmaster, the paper seems suspiciously reverent of the city government, explicitly calling out the Council’s magnanimity in almost every issue. Is the paper in cahoots with the city or simply afraid of being shut down if they aren’t showing deference to the Council? Can the players even trust the news as they read it? Who knows! But these are all good questions for your players to ponder.

Unlike lots of other aspects of worldbuilding, newspapers provide an opportunity for a worldbuilding feedback loop. If players read the paper, and either solve a mystery, cause trouble, or alter the situation in any meaningful way, they affect the next day’s coverage. Perhaps a famous artifact goes missing and the players recover it. There’s a good chance that the paper would cover such a thing and the players would not only receive a reward, but gain notoriety in a tangible way. Often “prestige” or “notoriety” can come off as very token in D&D, and feel very similar to a level up notification in a video game. This isn’t a great outcome because it’s inorganic, and as a player it can feel stilted and forgettable.

Writing Newspapers for your Campaign

If you’re looking to add newspapers to your next city campaign, here are five tips to guide you.

I’ve put together a Pages Template for anyone out there who wants to get started and write their own Newpapers, and I’ve included a few downloadable PDFs of my own papers to help kick start your worldbuilding. If you do end up giving newspapers a try, please let me know how it goes, and if you have any suggestions or comments.

1 Unless you’re like me and decide to overcommit and off-handedly mention that the players got the “morning edition” which implies there’s two papers per day. Needless to say, I do a lot of newspaper writing for my games. 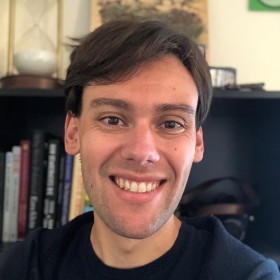 Brian has been playing D&D for over a decade, most of the time as the DM, homebrewing his own campaigns.